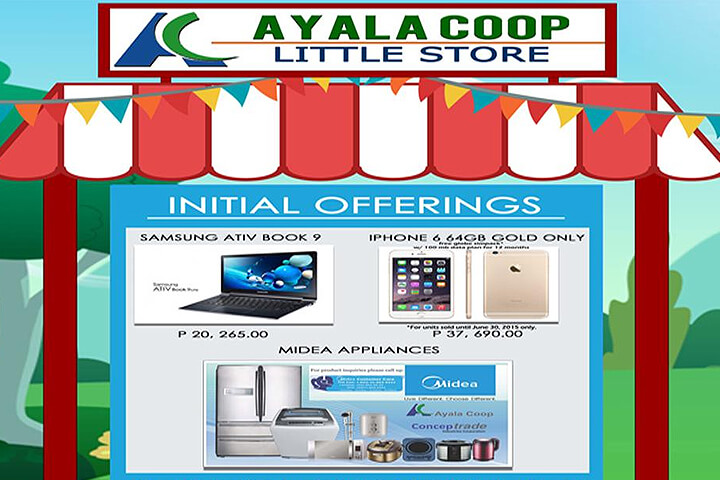 The Coop has now opened its “Coop’s Little Store” after having completed the operational requirements prior to the launch.

The Coop has partnered with suppliers to make sure that the items being offered through the Coop’s Little Store are of good quality and at reasonable/discounted prices.

This is the Coop’s first attempt to set up an online store via its website as an additional service to its members.

Initial product offerings include the Samsung ATIV Book 9 laptop. The attractive laptop is said to be of premium design, “world-class” thin and light, weighing just 1.26 kilos, and boasts of a fast performance with booting taking just six seconds, among other features.

Another Samsung gadget being made available is its I-phone 6 with a 64-gig capacity.

“Through the Coop’s Little Store, our members can purchase anything that we’ll make available to them online by just clicking the Ayala Coop website,” Coop General Manager Dina Orosa declared.

Interested parties, Orosa said, may make their orders online by e-mailing customerservice.ampc.org.ph. Payments may be done via BPI Credit card, cash or through a Coop loan.

More items and merchandise, she added, will soon be made available from the online store as the Coop will invite other partners, including even Coop members who may have products or services that may be offered through the Coop’s Little Store facility. This is another feature that is unique in this new product being offered by the Coop to its members.

Mechanics for this facility will be announced shortly.

‘One more chance’ from Ayala Coop